The Cam Jam. The re-purposed title should go a little more like this; The Cam Can't Jam. To paint this picture we'll start with a large dose of voo-doo, and mix it with a mega-case of appendicitis for none other than the name sake of the Jam, Cam McCaul. The evening before the Jam things were cheerfully shaping up for the next day's festivities, the Alpine Bike Park crew were scheming on free tacos and tying off any other specifics for the Jam, Oskar Blues brews were flowing and times were too good to be nearly true for Mr. McCaul. As the evening expired, Cam comes down with the illness, the type of code red illness. In the early hours of the morning Mr. McCaul steals the rent-a-car and life flights himself to the Boulder Community Health Hospital Emergency room instead of where he should be going - The Valmont Bike Park for his Jam. Cat scans and x-rays later the disillusion becomes apparent; a blown out appendix. Merely hours before his party, Cam's crying because he can. 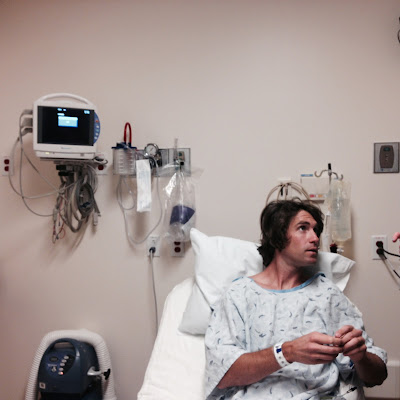 As one thing tends to always lead to another, there was no other way than to just roll with the punch. Everyone was already on their way and there was Cam, wheelie-ing his way to the underside of the knife. The surgery room instead of the bike park. The other side of this story is a rad, super positive afternoon in Boulder. Celebrating The Valmont Bike Park isn't a hard thing to do. The place is up-kept by Dustin Zeis and crew and it shows. All the lines are hitting, blue grooved and it's a true testament to bike park maintenance. A world class park in a beautiful setting. 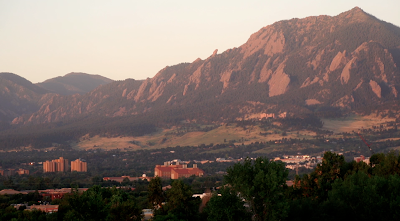 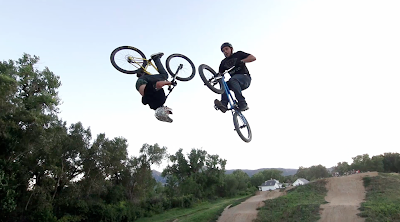 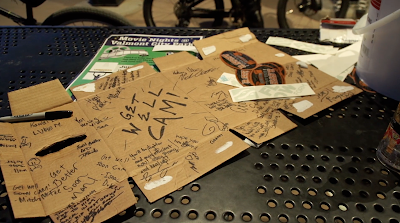 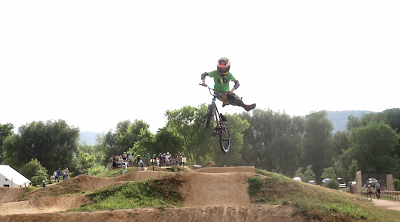 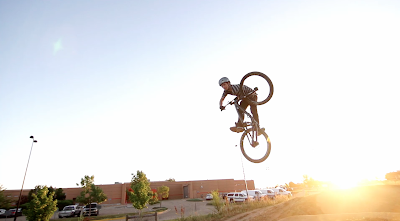 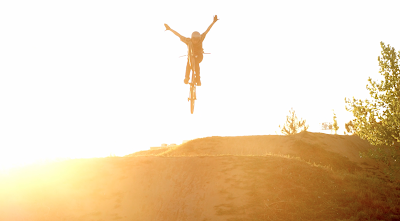 Nick Soloninka from the Barnum North Bike Park was on hand to hype everyone up over the mini mega phone and keep everyone psyched. From the groms really going for it, to the Oskar Blues root beer, to Maria at the Izote taco truck hooking up tacos and pupusas, as well as nearly every size wheel in attendance, lengthy trains, and plenty of roasting jumps, things were definitely jamming. The FlowForm Bike Ramps produced a 1080 and a double back flip and no ambulance visits were necessary! The good vibes, easy camaraderie and the entirety of it all were summed up nicely by Dustin "this is the best turnout since the (Valmont) park opened" and that's what it's all about, getting rad with the homies and enjoying yourself. 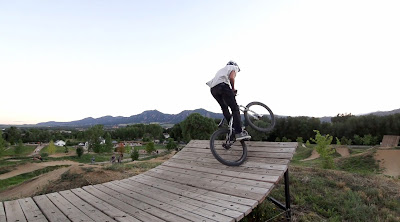 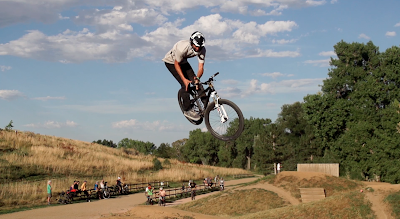 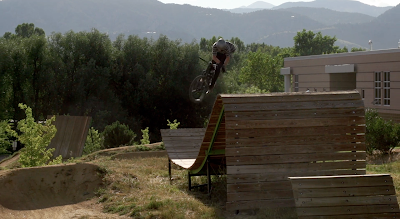 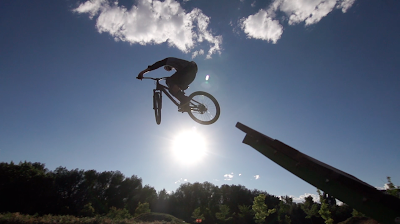 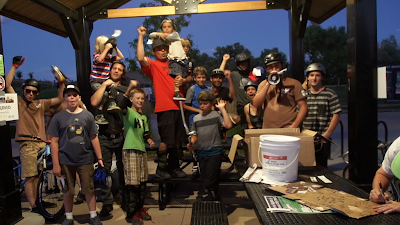 Huge shout outs to Dustin & Crew at The Valmont Bike Park, Trek Bikes, Troy Mandery at Oskar Blues and Reeb Cycles, Mike Lawless at Gravity Components, Chris Ricci at Influx Productions, Nick Soloninka from Barnum North Bike Park and especially all the locals that came out and sent it.

Jams like these are proof that it's worth having these grassroots gatherings. It brings together community rider groups and celebrates the awareness of legit public bike parks connecting with all demographics of riders from family and youth to core BMX and freeriders at their own local park. Collaborating with passionate bike clubs and associations that play a vital role in the day to day of their bike park's inner workings is a pleasure, Alpine Bike Parks' hats are off to the people that take the parks we build and make them their own! We hope to collaborate with more supporters in the future and bring this park tour to more places and people next year. Keep the stoke high!
Posted by /// at 09:44